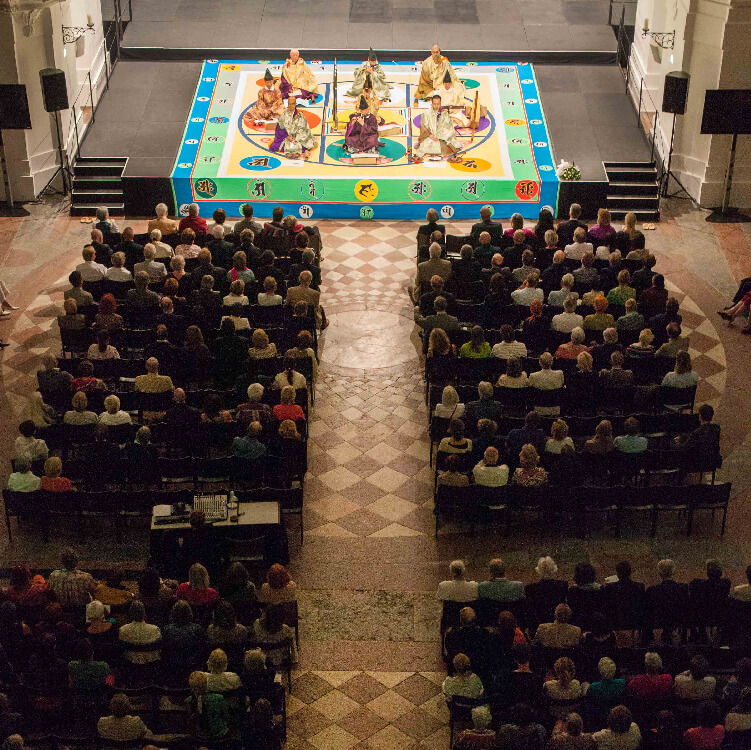 The ensemble comprises nine musicians selected from around twenty of the leading Japanese stalwarts of shomyo, gagaku, and harp. Koshin Ebihara (shomyo), Sukeyasu Shiba (ryuteki), and Mayumi Miyata (sho) have been its core members since 1986.

Shomyo and gagaku are the oldest traditional forms of Japanese music. The ensemble aims to introduce shomyo and gagaku as art that is evolving and that carries immense potential for the future, and not as a legacy of past heritage.

The ensemble performs traditional and contemporary pieces including one of Toshio Hosokawa’s representative compositions “New Seeds of Contemplation.” In this manner, the ensemble contributes to disseminate knowledge of shomyo and gagaku through numerous concerts and lectures.